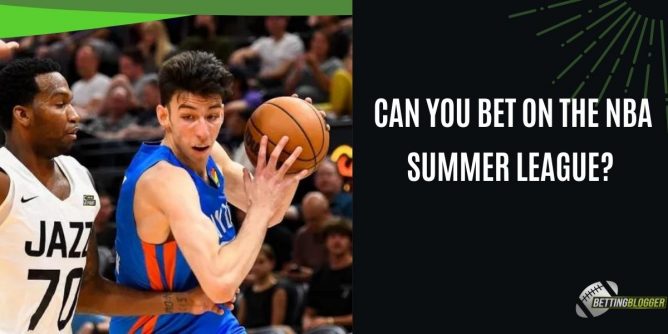 Limited selection of sports to bet on over the summer

With the NBA finals being finished for a little less than a month, this has stranded bettors with no basketball to bet on. Not only did the NBA season finish, but so did the NHL, leaving the betting community with only baseball and limited golf to bet on.
Now that the NBA Summer league has started it has given bettors, not only more games to bet on, but one of America’s favorite sports, basketball.

Now people might argue that this isn’t really NBA basketball and that it isn’t smart to bet on, however, I completely disagree. All the players in the Summer League are playing harder, more competitive basketball than NBA teams in the regular season.

This is because every player on each roster is looking to prove themselves and earn a spot on an NBA roster for the season. Whereas, players playing in the regular season are not playing as hard because they already have certified spots in the league. It isn’t really till the playoffs till we see these players compete at the highest level of their ability.

In the Summer League players are playing as hard as they possibly can, diving for every loose ball, fighting for every rebound, playing the best defense they possibly can. It is also exciting to watch because we get to see the new future of the league. We get to watch how the top picks in the NBA draft play against real NBA competition. It is even possible to bet on players’ player props for each game.

So far one of the best teams to watch during the start of the 2022 NBA Summer League has been the Oklahoma City Thunder, which should be to no surprise. The Thunder have been building a young talented core with the backcourt of Shai Gilgious-Alexander and Josh Giddey.

They had the opportunity to select second overall in the year’s draft, in which they decided to draft Chet Holmgren out of Gonzaga. Chet has been a unique prospect for the past few years and could easily end up being the best player from this draft. If you wanted to bet on his over 12.5 points for last night’s game, it would have hit in the first half alone.

The 7,1 forward/center showed a great display of talent in the Thunder’s first summer league game leading them to 21 point victory of the Utah Jazz. Chet was able to fill the stat sheet with 23 points, 7 rebounds, 4 assists, 6 blocks, and 1 steal all in only 24 minutes of action. The 6 blocks set an NBA Summer League record. The young guard Josh Giddey recorded a double-double with 14 points and 11 assists.

Another young team to look out for who is a good team to bet on is the Sacramento Kings as they have gotten onto a 3-0 start under the stellar play of 4th pick Keegan Murray.