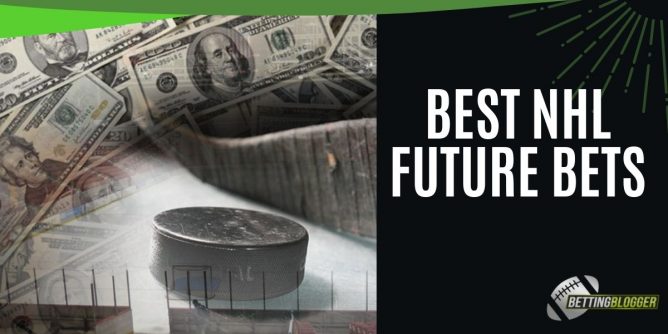 The NHL season is a little more than halfway done so it’s time for me to dig in and find the best lines and best value on some NHL future bets.

I’ll be looking at division odds, conference odds, and Stanley Cup Final odds. I’ll give you who I think has the best chances to go all the way, and who’s got value on their betting lines.

Every division except for the Central has potential for good betting. The Central division is currently controlled by the Avalanche, and I fully expect them to win the division and the Presidents Trophy for best regular season record in the league. On my book, I can’t even find central division odds because the Avalanche are so favored.

If we look at the other division in the west though, the pacific division has a close race for first. The Calgary Flames are up by four points and have played two less games than the Golden Knights. The Flames have won 10 straight games and are on fire right now. I’ll take the Flames at -260 to win the Pacific division. Moving to the Eastern Conference and the Metropolitan division, the Hurricanes have a four point lead on the Penguins. But one point behind the Penguins lurk the New York Rangers, who still have three games against the Hurricanes left this season. If the Rangers can win two of those three and streak together some other wins, they could steal this division. I love the value here on the Rangers at +450.

Finally we have the Eastern Conference Atlantic division. The Panthers are one of the best teams in the league and I look to see them as the one seed going into the playoffs. They are three points up on the lightning who have played one less game.

There are plenty of teams that could win the east this year. In particular my favorite teams to win the east Carolina, Florida, New York, Tampa Bay, and Washington.

Carolina is +300 which I think is the best odds to take in the east. Florida is +200, and Tampa is at +325. The Rangers have a sweet line of +700 to come out on top of the east, but Washington is +1000. I don’t expect the caps to win their division, but come playoff time if they’re healthy and ready to go the Caps could surprise everyone. That being said, the safest bet is either Carolina or Florida. I’ll put a unit on Carolina and half a unit on Washington. As I’ve written all season long, I expect the Colorado Avalanche to win the West and the Stanley Cup. Colorado is +125 to win the west which is steep odds, but I’ll take them at plus money. Another option is to look at the Flames at +450. They’ve won 10 straight games and are being held down by great goaltending and defense.

Another longshot bet I like is Edmonton at +950. They’re a ways away from being a number one seed, but if they can rally back I expect the line to drop to under +700. Take the great odds while you can, because Edmonton when they’re hot are a scary team to play against.

I’ve already mentioned I have the Avalanche winning it all. I took them today at +500, and you can too. If you’re not feeling Colorado as the favorite, maybe look at a team like Carolina at +900. The Hurricanes have the third most points in the league and have a great coach in Rob Brind’Amour.

At longshot odds we have Edmonton and Washington at +2800. I could genuinely see both of these teams making it to their conference finals if they get healthy and stay strong in net. I don’t have a problem with taking a shot on either of these teams.

I also like the Flames at +1600. There’s lots of value on these future bets which is why they excite me.