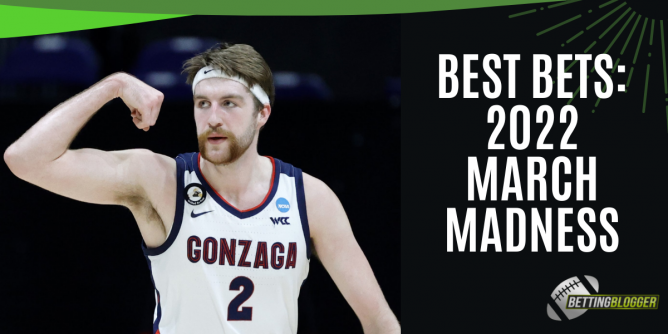 Some have great odds, other longshots not so much. Some teams have been waiting for years to win a National Title, and some are just on the rise. But which of these teams, at their current odds, are the best value picks for 2022 March Madness?

A ‘Zags National Championship has been decades in the making. Last year was perhaps the closest they’ve come, closing out a perfect season with a loss in the final game of the year. Gonzaga may not be perfect this year, with a couple of non-conference losses at the beginning of the season, but this team is as good as any team that has been produced in the city of Spokane, Washington.

They have an ultra-efficient, unicorn-esque freshman, Chet Holmgren. They have a top big-man in the country in Drew Timme, and shooters around the perimeter to knock down shots. They have some do-it-all guys at the forward positions as well.

Even though they’re the favorites, the odds are still long, and it’s a bet that should be placed.

Calipari has this Wildcats squad in fantastic position as the regular season begins to close. It’s a relatively healthy team, and it’s a deep team that can survive injuries late season. They have shooters, great glue-guys, amazing passing and ball movement, and a couple of stars.

Tyty Washington could be a breakout player in March as many guards for Calipari-coached teams become. Oscar Tshiebwe is one of the top candidates for the annual Wooden Award, given to the very best player in college basketball.

They are hitting their stride late in the season, and March is all about momentum. Kentucky’s odds will likely take a dip as the season progresses, so getting them at their current odds would be a steal.

People forget that this UCLA team lost no starters from last year’s Final Four team who lost on a half-court buzzer-beater. They picked up steam late in the season last year, and I expect them to do it again. After losing to rivals USC, it’s likely that these odds are going to be the worst odds they have for the rest of the season.

The Bruins have an elite starting unit, and if their bench guys can remain healthy, they will have the depth to compete for 40 minutes. This team has gone through some injury problems, and if they can get healthy for the postseason, they will be even better than they were last season.

Though this team has one fewer star than they did last year, when they were named a number one seed, they are a more complete team. The Illini have more depth behind big-man Kofi Cockburn to save them if he gets into foul trouble. They added an elite shooter in Alfonso Plummer who can take over a game for small spurts.

Kofi has improved his conditioning, and his ability to stretch the floor with a midrange shot and a distance-hook shot. He’s also worked on not fouling, along with conditioning, so he can play more minutes and get up and down the court at a quicker rate.

They have the experience, the glue-guys, and a huge X-factor in Andre Curbelo if he’s able to play. Illinois has played a very tough Big 10 schedule, and they might be the most complete team in the country. Brad Underwood’s Illini should be considered a massive threat to win the championship.

These Longhorns have slowly been improving as the players continue to scramble to find their roles. It’s a team sort of in shambles, but if they figure it out, they’re golden. They have too much talent for these odds not to be taken.

UConn’s offense, frustratingly, continues to remain inconsistent. They don’t really have a scoring hierarchy to which their players have been submitted to, which is reflected in the lack of creativity and overall bewildering shot selection from the Huskies.

They have fantastic depth, a ton of guys who can create their own shots, and great defenders in both the frontcourt and the backcourt. They have everything they need, and if they get hot, this is an absolute steal of a pick.